This story is part of CNET at 25, celebrating a quarter century of industry tech and our role in telling you its story.

In 1995, the year CNET was born and Microsoft launched Internet Explorer, Bill Gates decreed the internet “a tidal wave.” That same year, Hollywood unleashed its own tidal wave of movies tackling cyberspace and the dawning information age — including Hackers, released 25 years ago today.

This cinematic cyber-trip began in May 1995 with the release of Johnny Mnemonic, a delirious sci-fi action dystopia matching Keanu Reeves with seminal cyberpunk author William Gibson. In July, Sandra Bullock had her identity erased in conspiracy thriller The Net. In August, Denzel Washington pursued Russell Crowe’s computer-generated serial killer in Virtuosity, and in September Angelina Jolie found her breakthrough role in the anarchic adventure Hackers. In October, Kathryn Bigelow served up the dystopian thriller Strange Days.

Entertain your brain with the coolest news from space to superheroes, memes to robots.

It’s hard to know what’s most dated about these mid-’90s curios: the primitive-looking effects, the funky fashions or the clunky technology depicted on screen. But now, 25 years later, they’ve proved prescient in their concerns about surveillance, corporate power and the corruption of what seemed to be an excitingly democratic new age.

Hollywood was slow to catch on to the rise of the personal computer. Apart from scary sci-fi supercomputers like HAL in 2001: A Space Odyssey, we’d only really had WarGames in 1983 and Sneakers in 1992 — both written by the same guy, Lawrence C. Lasker. In 1992 we also met The Lawnmower Man, which involved a virtual reality cyber-Jesus (yes, really).

By then Tim Berners-Lee had already invented the World Wide Web, linking early adopters, forward-thinking academics, opportunistic business types and a thriving community of eccentric cybergeeks. In the early years, there was an influx of new users every September, because one of the only ways to get online was via university computers, but in 1993 AOL gave its customers access to Usenet and suddenly new users were logging on every day. This was the “eternal September,” and the web was well on its way.

Movie studios were keen to get in on the hype. “It was a hot topic and we felt part of a race to get into that subject,” recalls Ralph Winter, one of the producers of Hackers. “Actually, we felt late.”

Hackers writer Raphael Moreau came up with the idea after meeting Emmanuel Goldstein — real name Eric Corley — the publisher of a magazine called 2600: The Hacker Quarterly. Moreau’s script found its way to British film director Iain Softley, who had just made Backbeat about the early days of the Beatles. Softley was grabbed by the parallels with the young hackers he saw as outlaws and revolutionaries. “It wasn’t so much a technological film for me, it was a popular cultural film,” Softley tells me on the phone from lockdown in London. “It was a turning point, a cusp of something, like an equivalent to rock ‘n’ roll.”

One of those outlaws was Nicholas Jarecki, who was recruited as the film’s technical adviser. He’s a filmmaker now, just finishing his latest film — crime thriller Dreamland starring Armie Hammer and Gary Oldman — just before COVID-19 shut down the industry. But his introduction to show business came when he was 15 years old back in the early 1990s, hanging out with Goldstein and other hackers the first Friday of every month in the lobby of New York’s CityCorp Center. “So I’m at one of the meetings,” Jarecki remembers, “and in walks Iain Softley, Jonny Lee Miller and Angelina Jolie. It was like the circus walked into town. I thought they were the coolest people on the planet.”

Hackers is notorious for its neon fashion, directional hairstyles and cutting-edge electronic soundtrack, featuring acts like The Prodigy, Leftfield, Orbital and Underworld (plus an uncredited appearance from Pink Floyd’s David Gilmour). “I didn’t quite realize how out-there we were going to be in terms of the costumes and the music,” says Softley, who drew on earlier LSD-soaked psychedelic culture for both the trippy color palette and the idea of a parallel underground culture. “I wanted the film to be what we called a cyberdelic — a technological hallucination.”

That was certainly true of the film’s dizzying visualization of the internet, which swooped through garishly colored 3D towers of data like a virtual cityscape built of bits and bytes. Perhaps surprisingly, these cyberspace effects were created with traditional models, animation and rotoscoping techniques rather than computer-generated imagery. Hackers was a few years (or a few dollars) shy of 1990s CGI breakthroughs like Toy Story, Titanic and the Star Wars prequels.

Happily, the movie studio backing the film, United Artists, gave Softley free rein to realize his vision. “I didn’t realize at the time how bold they were being,” he says. “It’s never happened since!”

Meanwhile a rival production in Canada was having the opposite experience. Visual artist and music video director Robert Longo dreamed of a black-and-white arthouse film based on William Gibson’s short story Johnny Mnemonic, about a courier who uploads digital files into an implant in his brain. Gibson wrote the script, but despite his success as bestselling author of cyberpunk novels like Neuromancer — in which he coined the term “cyberspace” — it proved difficult to raise the $1 million they needed. “You’re not asking for enough money,” Gibson told Longo, and eventually Sony’s Tristar studio financed a bigger production with Val Kilmer in the lead role. Keanu Reeves took over after Kilmer dropped out, but when Speed made him an action superstar Tristar’s expectations ballooned for what they saw as a popcorn summer blockbuster.

The suits imposed reshoots, complaining the action wasn’t being taken seriously and the footage was too dark. Longo also had to employ guerrilla filmmaking tactics on his own set, moving the camera himself when the crew was at lunch so he could get the shot he wanted. Speaking on the phone from New York, Longo’s memories are peppered with entertaining asides about who was “evil,” “a dick,” “an idiot” or “a fucking idiot.”

“I had a lot of great people working with me, don’t get me wrong,” says Longo. He fondly recalls executive producer Staffan Ahrenberg, who helped get the movie rolling, and production designer Nilo Rodis-Jamero, who developed the film’s riotously imaginative aesthetic. But the movie was ultimately taken out of Longo’s hands and re-edited to compete at the summer box office against Braveheart, Die Hard with a Vengeance and Batman Forever (the one with Val Kilmer).

It might be a mess, but you can’t say Johnny Mnemonic is short on ideas. The eclectic cast includes rapper Ice-T; punk rocker Henry Rollins; Japanese icon Takeshi Kitano in a rare (mostly) English-language role; Dolph Lundgren dressed like Jesus; and an ex-military dolphin that reads minds. Gibson drew from across his books ands stories to posit a nightmarish near-future of “terminal capitalism,” plagued by cut-throat corporations and unregulated body modifications.

One of the film’s themes is addiction to technology. Longo compares Johnny Mnemonic’s “parasitic” brain implants to today’s smartphones and devices that feel to us like a phantom limb. As Henry Rollins’ character says in the film: “Electronics around you poisoning the airwaves… But we still have all this shit, because we can’t live without it.”

Most tellingly, Johnny Mnemonic and the other tech-focused films of 1995 all express fears around the misuse of surveillance in a connected world. The Net updates the paranoia of ’70s thrillers The Conversation and The Anderson Tapes, and each movie features an unholy alliance of avaricious corporate bad guys and authoritarian law enforcement. Or as Matthew Lillard’s character puts it in Hackers, “Orwell is here and livin’ large!”

But the whistleblowing heroes of Hackers, The Net and Johnny Mnemonic use their skills to subvert and unpick the establishment’s grip on technology. Hackers in particular radiates an infectious idealism as the diverse crew of anarchic youngsters rollerblade rings around the greedy suits and clueless cops, “snooping onto them as they snoop onto us”. The movie highlights technology’s potential to be a tool for wrongdoing and a democratic, open medium where you can be who you want to be.

“For all its exaggerations,” says Nicholas Jarecki, “it does a decent job of showing the hacker spirit — those kids were tinkerers, experimenting, reveling in their ability to figure something out. It’s a celebration of human ingenuity.”

Sadly, 1995’s wave of technology-themed movies have one other thing in common. They all bombed.

As the whole world logged on in the new millennium, it seemed Hollywood didn’t have the password. Piracy sent the movie and music industries spiraling, while online distractions siphoned audiences away from theaters onto ever smaller screens. The Net spawned a short-lived TV series, and Hackers became a cult classic — look out for a 25th anniversary vinyl release of the soundtrack coming soon — but filmmakers just couldn’t get to grips with the internet as a subject.

Aside from the odd hit like 1998’s email-based romantic comedy You’ve Got Mail or David Fincher’s Oscar-winning The Social Network, movies about the internet had mixed success. There’s a bunch of horror flicks with titles like Feardotcom, Chatroom and Cam, and there’s even a subgenre of thrillers that look through computer and phone screens, including Unfriended, Open Windows and Searching. No modern action movie is complete without someone frowning at a screen as they hack the mainframe in thrillers like Swordfish, Die Hard 4.0 or the Mission: Impossible series, but nobody wants judgey movies about social media addiction like Disconnect or Men Women and Children.

The last word for cinematic cyberspace came from Keanu Reeves’ other 90s cyberpunk action movie: 1999 hit The Matrix. Cities of data looked goofy by then — just look at painfully belated sequel Tron: Legacy — as we realized we wouldn’t be swooping around in neon virtual reality dreamscapes after all.

Yet Hackers, The Net and Johnny Mnemonic are still worth a watch. Look past the dated tech and outfits for a flawed but fun snapshot of the moment the internet took over the world. Today’s tech experts were inspired and influenced by the films, and Iain Softley still screens and discusses Hackers at technology events around the world. “It gave them permission to see [technology] as something cool,” he says. “It was irreverent, bold, provocative and energetic — sort of a fun cyber fairy tale.” 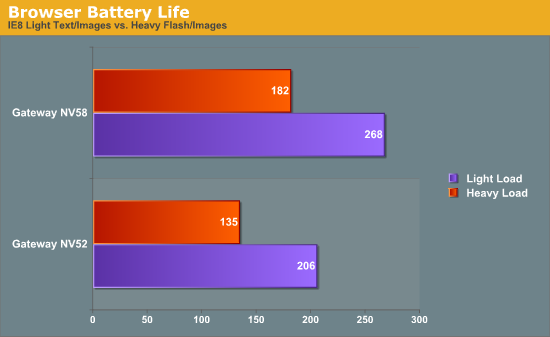